The Life of Father Brown

On the 5th of May 1962, Fr Stephen Brown, S.J., librarian, author and bibliographer, died at the age of eighty. High on the list of his many achievements was the foundation of the Central Catholic Library (Leabharlann an Chreidimh), Merrion Square, Dublin. 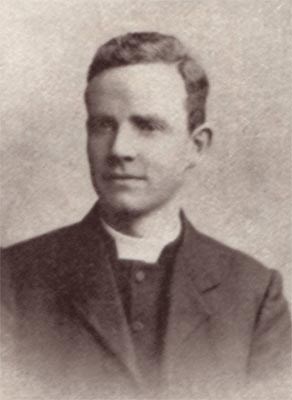 Stephen J. Brown was born in Hollywood, Co. Down, on the 24th of September 1881 but spent his early years in Naas where his father was a solicitor. Educated at Clongowes Wood College he entered the Jesuit noviceship in 1897 but due to bad health it was three years before he look his vows and followed the usual course of sludies at Tullabeg College. He studied philosophy in Jersey during which time he was associated with the Paris Province of the Jesuit community. He was ordained in 1914 and after teaching English literature for a few years at Clongowes was sent to Hastings to do a biennium in Scripture.

On his return to Ireland he lectured on this subject at Milltown Park, but it soon became clear that his talents would be much more beneficial in literary matters. This resulted with his establishing the post-graduate school in librarianship at University College, an interest he maintained for some 24 years. In 1921 in the course of a debate by members of Jesuit Students’ Debating Society the discussion focussed on the need for a Catholic Library. Fr Brown did not delay in developing the idea and the following year the Central Catholic Library–Leabharlann an Chreidimh–was established in Westmoreland Street. It moved a few months later to Hawkin’s Street and subsequently to 74, Merrion Square and is now acknowledged as a literary foundation of national importance.

For forty years Fr Brown was the guiding light and inspiration which led the Iibrary from strength to strength through good and bad times. His love of art played an important part in the development of the unique art collection which the library houses today.

The year 1926 seems to have been an important landmark, for it was then that Fr Brown decided his literary efforts should be concentrated in the field of bibliography–a subject he had had in mind for a considerable time.

It appears his decision to do so was influenced by the library, for he wrote: “I had not lost my interest in bibliography, but it is now centered in Catholic bibliography. This charge was largely due, I think, to the foundation in 1922 of the Central Catholic Library in Dublin. Time after time I was coming across excellent Catholic books whose existence I had not suspected. Many quite deserving books were forgotten and had been allowed to go out of print. Bibliography would do something to rescue them from obscurity not to say oblivion”.

In 1928 he published The Preacher’s Library and this was followed by a catalogue of Novels and Tales by Catholic writers. A few years later while listing books for purchase for the library he wrote: “I was astonished at the number of lives of Catholic interest. Why not draw up a list and publish it? I did so, and the first attempt contained nearly 10,000 titles of biographies”. A further three volumes were duly published.

Fr Brown was not without a sense of humour and in the course of a talk he asked that he should not be regarded as being “a dry as dust bookworm always buried in dusty volumes of forgotten lore”. He judged books by their contents rather than their rarity–“I have no particular interest in a book because it is old or scarce or valuable as a curiosity”.

Out of a total of some twenty six works the library published six–The Catholic Biographical Series. But it was not only the library which benefited from his talents. He was also librarian at Milltown Park as well as Honorary Librarian to the Academy of Christian Art and contributed frequently to the journal of that Academy. And the Society for International Public Relations was also indebted to Fr Brown, its founder. For a number of years he contributed to Studies and The Sacred Heart Messenger, a magazine which even today enjoys an exceptionally high circulation. For seven years he edited the missionary review St Joseph’s Sheaf. He also published several pamphlets and translations. The Press in Ireland – A Survey and a Guide, stemmed from the Catholic Press exhibition held in the Vatican in 1936. Poison and Balm appeared in 1938 and consisted of a course of lectures delivered in St Francis Xavier’s, Gardiner Street, Dublin.

Fr Brown’s literary works never brought him wealth in the financial sense of the word. Thankfully, he acknowledged that he was not dependent on his writings “for his bread and butter”, as most of his publications just about paid for themselves or made a modest profit. His motives are best summed up in his own words “My aim throughout, I hope and can honestly say, was for the advancement of the cause of truth and therefore of God”.

In September 1960, Fr Brown became incapacitated as the result of a serious road accident in London. A fractured skull and rib injuries forced him to spend four months in the Hospital of St James and St Elizabeth in Grove End Road in London.

In a brief note dated 22nd December to the library secretary he apologised for not being able to be in Dublin to attend to library business. He wrote “I will first have to learn to walk again before I obey your kind invitation. I am sure the library is in good hands”.

But the library and home seem to have been very much in his thoughts and some weeks later he wrote to say he expected to return to Dublin, “in a short time “, but it would be impossible for him to walk unaided. He concluded “I hope to return to Milltown Park early next week. I shall not require a red carpet nor a brass band nor the flags flying”.

Fr Brown’s physical condition prevented him from playing any further active part in library affairs. As his powers of recognition and movement returned slowly he fought in the hope of making a comeback and for a while it seemed as though he would succeed. But he suffered a relapse from which he never recovered. But the truth which he spoke of and tried to convey in his writings is that same truth which the Library of the Faith (Leabharlann an Chreidimh) continues to promote today.

First published in the Capuchin Annual, 1942.

Catholic Universities after the War